Glendonald Station is owned by Colin & Craig Oldfield and has been managed by Alan and Raewyn Evans since 1997. The property consists of 979ha of which approximately 860ha are effective.

Glendonald is located in the Bideford district, North-east of Masterton, it is a long (6.95km), narrow property, with three different roads bisecting it, and a further two roads on end boundaries. Helpful for stock movement but a lot of extra fences to maintain! Glendonald rises to 320m above sea level at it’s highest and averages around 1100mm rainfall annually.

The property has a range of land classes from river flats, to terraces, rolling hill and medium/steep hill country, around 150ha would be cultivatable . Soil types are silt loams, mudstone and sandstone.

In addition to the South Suffolks, Glendonald normally carries 4500 Romney/Coopworth ewes, 1400 ewe hoggets (around 6-700 in lamb), 150 Angus & Angus/Hereford cows + 35 I.C. heifers, also 60-100 R2 trade cattle and 160 R1 cattle. We finish an increasing proportion of our lambs and cattle. Glendonald has a reputation for producing quality stock which we are proud of and strive to uphold.

Over recent years we have changed our pasture renovation policy, in common with many others, from growing summer greenfeed crops followed by new grass, to plantain/clover or pure clover on the better country. Our aim is to eventually increase this area, allowing us to finish the majority of our sheep and cattle progeny. 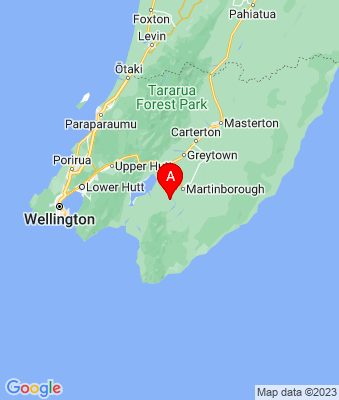